Changes To Spending Capacity In The Us Under Obama

TABLE OF CONTENTS (JUMP TO)

HAS THE SPENDING CAPACITY OF AVERAGE AMERICAN INCREASED UNDER OBAMA?

Table 1: Comparison between the spending capacity of Bush and Obama

HAS THE SPENDING CAPACITY OF AVERAGE AMERICAN INCREASED UNDER OBAMA?

There has been a drastic change in the economic condition of America under the political control of Obama. As per the statistics revealed in several of the sources, the spending of the Americans has fluctuated in some of the sectors (Hewitt 2012). As per the average spending calculated in the year 2012, the people are ready to spend £489 in a week to complete their demands and desires whereas a decade ago, the spending was £526 in reality. This change in the figures is due to the recession in States[a1] (Garon 2012). People have reduced their travelling expenses as the petrol rate has shown a rise in few years (MATT CHORLEY 2013). On the other hand the public has shown an interest towards clothes and many other things. The spending towards the gym membership and regular holidays has also increased to some extent. 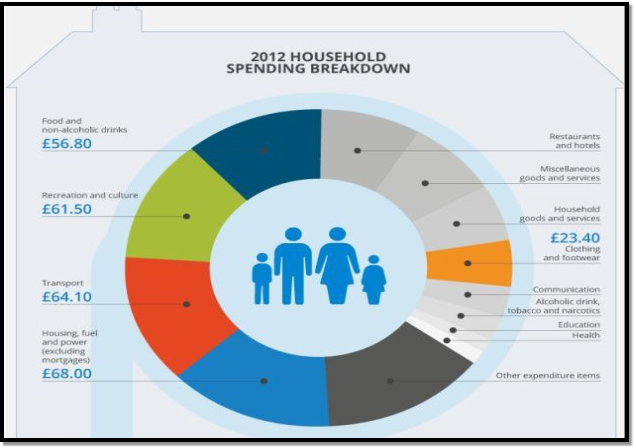 In comparison to the spending capacity at the time of Obama with that of Bush, there is huge difference. In 2014, Obama declared the budget of $3.78 trillion where as in case of 2008; the budget revealed by Bush was 27% less than 2014. The spending done by Bush was more of a ravage than what is done in the era of Obama in Democracy. There was a trap cost included in the year 2008 with the budget and that is the reason behind the distort picture of budget growth. The spending figures revealed that there was a jump that was from $1.86 trillion in 2001 to $2.98 trillion in 2008 whereas the major thing was that in the year 2009 when the new president Obama came to power, the jump was recorded as $114 billion.

In overall the actual comparison of the spending growth can be clear with the table given below:-

Table 1: Comparison between the spending capacity of Bush and Obama 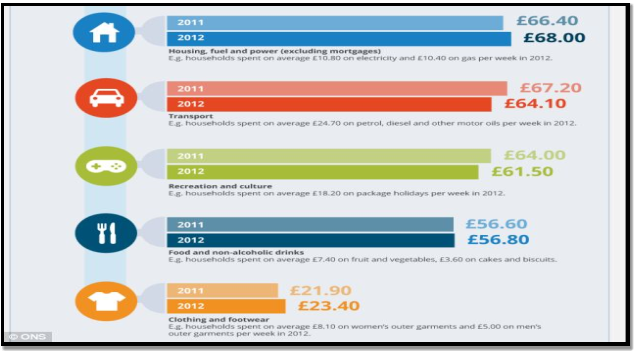 Considering all the section on a separate manner, it has been analyzed that there has been a growth of 5 percent (Kuttner 2008). The figure recorded in the earlier years was 29 percent but as per the valuation of the current year, the figure is recorded as 34 percent. As per the research it has been found that on an overall basis there is a decrement in the spending due to the effect of inflation. In 2006, the spending was calculated as £526.40[a3] (Kuttner 2008). If the transportation sector is considered in the research, there is a drastic downfall i.e. in 2001-02 the total spending in the field of transport was £82.10 whereas in the current year it is almost £64.10 (Garon 2012). Subdividing the total spending of the food sector, there is a distribution of spending between the veg and the non-veg section. The total spending on meat and fish is £15 and in case of vegetable it is £4.20. The total spending on the fresh fruits is £3.20[a4] (Garon 2012).

There are some of the graphs that are related to the discussion done above:- 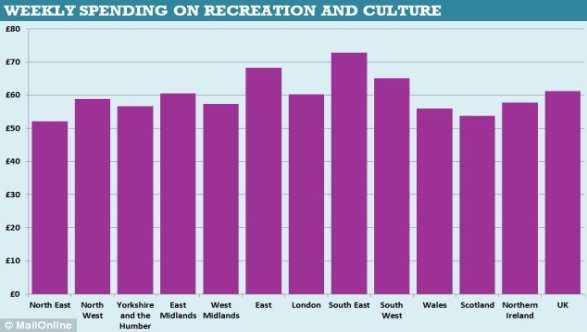 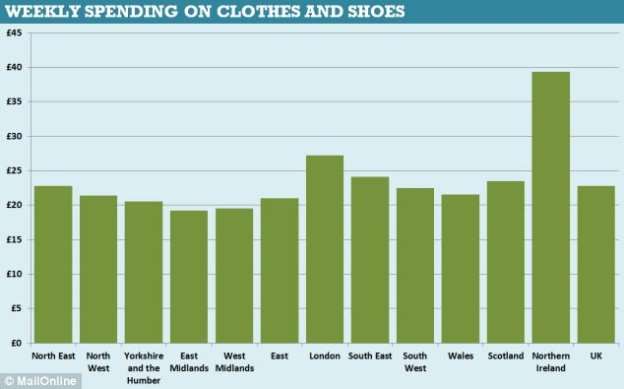 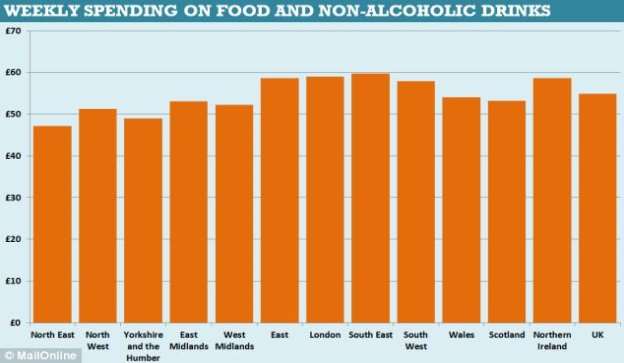 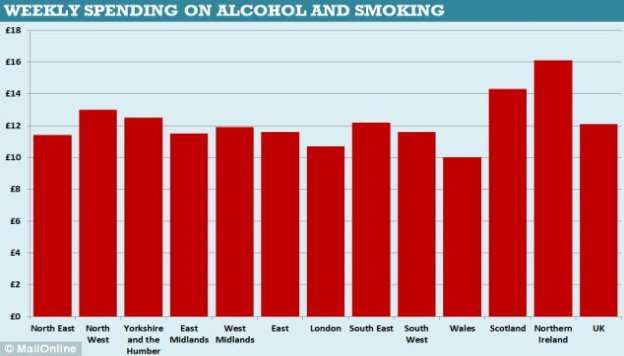 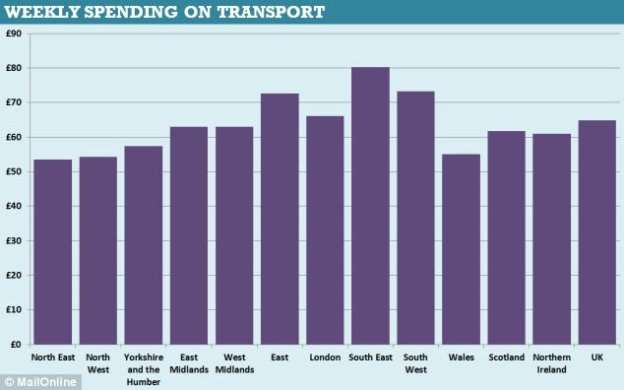 On a critical note, the spending in the year 2014 has increased. As per the report presented by the TD Securities economist Gennadiy Goldberg, without the increment in the wage rate, the growth in the field of spending will not last for a long time (Hajnal 2010). Taking in to consideration the government report has been analyzed that the spending of the Americans increases in the month of November and therefore the investment is seen in the field of electronic and healthcare. The value is estimated to be 5% rise in the following products. The automobile industry is also responsible for the increment in the spending of Americans. By determining and assessing the spending of the Americans, it can be stated that the American have made themselves free from the tension of rise in payroll tax (Okonkwo 2007). In the year 2014, the economic recovery of the U.S. will get accelerated as there is rise in the consumer spending. Along with this, the gross domestic product of U.S. has grown to 70%. There are high rate of job creation and development in the manufacturing sector in U.S. The upward fluctuation in the graph of consumption is also a positive sign for regarding future growth. As per the research of Alan Ruskin (head of currency strategy at Deutsche Bank Securities), there is a need to include the consumers. There is a 0.2 percent of increase in the personal income for November and 0.1 percent for October. This shows that the consumers are trying to sustain spending along with the management of saving (Okonkwo 2007). There are some of the Americans who are active in nature and due to them the consumer spending in the month of September, October, and November becomes high. Due to the regular effect of the recession, the workers are not getting any increment in the wages due and which automatically there is no growth in the spending part also. The Commerce Department’s November Report has declared that there is a downfall in the personal saving rate of the Americans i.e. 4 percent. The savings are equivalent to the saving done by them during the period of financial crisis. There has been a huge growth in the annual rate as compared to the figures of 2005 to 2007. There are some of the reasons behind the increment in the spending part (Okonkwo 2007). The major is the demotion in the tax taken by the government. As the government has relaxed the Americans from the tax part and therefore the savings from the tax are spend in other necessities (MATT CHORLEY 2013). Along with this the government has improved the job opportunities for the public which increased the earnings of the public at the same time. The stock market has also shown a less downward fluctuation in the recent years and due to this the people who are depend on the share market for their earning are secured from getting definite return. But as per research in the economic market, it was analyzed this kind of the initiative of the government was partial to the some of the American rather than publically beneficial (Okonkwo 2007). In the month of November, the unemployment rate is calculated to be 10.8 percent. As per the report presented by the Labor Department, there are 10.9 percent of the Americans are still in search of a stable job for earning their livelihood. The stock market will also need time to cover the losses made to the shareholders during recession (Greenstein 2004). As per the recent data of the third-quarter gross domestic product, the economy has expanded to a level of 4.1 percent annually and 2% growth rate in the consumer spending. This reflects that there is less effect of all factors associated with the spending as the American has become more confidence to spend more in the upcoming years.

As per the research is concerned, there has been an increment in the spending capacity of the American under the control of the Obama government. It will take time for this government to improve the condition after the effect of double recession in U.S. with the change in some of the factors such as interest rates, housing prices, bank loan borrowing and tax rates, the government will be able to control the management of the total spending of the American and can improve the upcoming years.

Garon, S., 2012. Beyond Our Means: Why America Spends While the World Saves illustrate., Princeton University Press.

[a5]These graphs are irrelevant. We are talking about US why you are using UK graphs