COMMUTERS’ PREFERENCES/CHOICES ON ROAD TRANSPORTATION MODE IN THE NIGER-DELTA: A CASE STUDY OF WARRI METROPOLIS, NIGERIA

Road transportation is essential/n the life of any modern society; this is because it entails the movement of people, goods and services from one place to another. It is the main medium used to revitalize the social, economic and political structures. The data used for this study were mainly from primary and secondary sources and from the analysis of the data, it was revealed that commuters in Warn metropolis prefer the use of motorcycle transportation to other means of transportation. For more rigorous analysis, an inferential statistical technique known as the multiple correlations was used.

This study of transportation is multi-disciplinary, involving various disciplines each in a strict sense, with its own area of emphasis. For instance, whereas pricing and regulations are the main area of focus of economists, transport systems analysis is usually the interest of the engineers (Ikporukpo, 1998). It is generally recognized that the geographer’s interest is essentially the spatial perspective (Hoyle and Knowles, 1992: Knowles; 1993; Tolley and Turton, 1995). Indeed, Eliot-Hurst (1973) has argued that “transportation is a measure of the relationship between areas and therefore, is essentially geographical”. In spite of the disciplinary boundaries, it is increasingly becoming clear that the study of transportation is best approached through an interdisciplinary perspective.

Ogunsaya (2002) recognized this when he said; although the process of spatial economic development of any country is a complex one involving several variables, transport stands out as a catalyst in the process of change in its development. Its role in agriculture, industry, commerce, health, education, tourism, among other is recognized’. Kraft et al (1971) observed that transport becomes a critical factor in regional growth since it determines the extent of which an area can capitalize on its economic development. Transport, as a derived demand, is the artery, which all human activities flow. Transport as the Bridge of spatial in equality that enables/aids development, is often use as an indicator of the overall development of a nation. No wonder, Onakornaiya and Ekanem (1977) said, any nation is as developed as her transport sector which is a basic service sector to all other sectors of the economy developed.

Changes in the way economic activities are organized are well understood. However, as yet, the role of transport in facilitating these changes is well defined. Most recently, economic forces have been supplemented by technological changes, which have allowed many transactions to be carried out simultaneously. The quantity and speed of transactions have increased exponentially. A number of authors discussed these issues, the most notable being Downs (1989), Sassen (1999); Castells (2000; 2004). Transportation enables consumers to enjoy the availability of goods, which are not provided as produced in their immediate locality because of climate or soil condition, the lack of raw materials, utilities or labours or the cost of production. Such a system allowed consumers a choice of goods, which would not otherwise be available (United States Department of Transportation, 2000; 2004; Kruger et al 2001; Atubi and Onokala, 2003; Rodrigue, 2004).

Recent urban transportation studies address the identification and measurement of behavioural variables in the development of spatial choices models. However, the choice of destinations is generally remain divorced from other travel choice, such as mode of travel and time of trip (Dommecich, 1985), as well as attempt to explain travel mode choice as a significant component of urban travel behaviours. For example, Ruston (1991), investigated consumer behaviours in space, which are based upon revealed preferences. This observed behaviour, may say very little concerning individual preferences. Individual attitudes are most often defined in terms of persons (Golob, 2000).

Hartgen (1998) noted that the employment of attitudes as explained by variables is made choice of quantitative aspect of consumers demand. This modelling strategy is not limited to those attributes such as travel times and out of pocket cost which are easily quantified and characterized by an established and easily accessible metric. Hartgen and Tuner (2001) employed an attitudinal index to prevent travel mode choices. Allen and Isserman (1999) found that attitudinal variables are useful in discriminate models of mode choice, employing attitudinal and demographic variables within the framework of an automatic interaction detector analysis.

Thomas (1997) observed that transport researchers have traditionally concentrated on a limited number of situation influence: socio-demographic variables such as age, sex, education, occupation etc. mode is for example sequential versus simultaneous has been shown to affect the estimated coefficient of spatial choice model. Banister (1989) in his study noted that the urban travel network, which has involved for example excessive fuel consumption, deterioration of urban air quality, peak hour congestion etc., provides an aggregate level of mobility that is unprecedented. However, the same urban network is also responsible for the existence of several travels disadvantaged minorities and a rapid decentralization of urban population and employment. It is generally agreed that the choice of travel has both contributed to and evolved from a decentralized urban form.

Warn is the headquarters of the Warn South Local Government Area. It located in the Western Niger Delta region of Delta State and lies approximately between longitudes 5°44’ latitude 5°30’ and 6°15’ (see fig. 1). Its location in the Niger Delta area makes it a very low-lying town. The position of Warn is about 6 metres above the sea level on the average and nowhere does it rise above 8 metres. The Warn River borders the town on the South and Eastern sides.

For the purpose of data collection in the study area, purposive sampling technique was used to divide the study area into three zones for convenience. They include Enehren junction, Okere round about and cemetery road. These three areas were chosen because they are the most useable and busiest roads in Warn metropolis. People usually leave their place of resident for employment places between the hours of 6.30am and 7.30am. Also between the hours of 4.30pm and 6.30pm workers return from work.

Based on this observation, traffic count was conducted in specific major roads in the study area. The count was done with a view to establish observable characteristics of the three models of transport (that is, taxi cabs, buses and motorcycles). The instrument used to elicit necessary information from the respondents include questionnaire, personal observation and oral interview. However, only two hundred (200) persons were selected to represent the target population through random sampling method. In analyzing the data the statistical tools used include the use of tables, percentages and statistical technique such as the multiple correlation statistics.

In Warn metropolis, percentage of 6:30am to 9:00am count total was computed

Table 1: Traffic Count at the Three Strategic Points in Warn

Enehren Junction by Warri-Sapele road attracted 42.6% of the traffic in the morning. While in the evening it attracted 35.6% of traffic flow in the different locations. This means that the number of vehicles that passed through this point in the morning far exceed vehicles that passed in the evening. This is as a result of most residents using the point to get to their work place and leave for different location after work in the evenings, as such some vehicles that did not pass this point in, pass it out. The same process was also obtained for the other locations.

Okere Round About is located in such a way that it link together different routes in Warn metropolis. But this area does not have work places likes companies around it, likes what is found in Enebren axis. As such cannot rate as high as Enebren Junction axis in terms of vehicles tra1c flow. In the morning the route attracted 3 4.4% of traffic in the three points. While in the evening this route attracts 40.4% of traffic. The percentage of traffic flow in evening was high compared to that of the morning. This is as result of the fact that more routes are now being used in the evening after closing hour than what was used in the morning.

The third route/zone where the traffic count was done was at Cemetery Road. This route attracted the least number of vehicular traffic flow, both in the morning and evening amongst the three routes used. It attracted 23.3% of traffic count in the morning and 24% of traffic count in the evening. This is as a result of the fact that the route does not link any major area like industrial area but it is a link to two markets in Warn (that is, Warri main market and Igbodu market). All the observations made with respect to directorial flow of traffic in the town show that most people prefer to use motorcycle to bus and taxi cabs.

Table 2 shows that 21 representing 52.5% of cabs operators are on part time while the remaining 19 represents 47.5% of cab operators on full time basis, 23 representing 38.3% while the remaining 37 representing 61.6% operates on full time basis. It was also observed that some operators on shift hour, that is, vehicle driven by two persons. In order to have a clear understanding of problems often faced by motorcycle, taxi cab, bus operators each of the operators interviewed was requested to identify some of the problems affecting his operation. The table below shows problems encountered by bus transport operators in Warn metropolis. This problem include commuters attitude to public transport, lack of fuel currency denomination etc.

Table 3 above shows that bad roads and Police harassment have the highest percentage of problems encountered by the commuter operators. For every trip made a minimum ofN2O is obtained from Police by force or else they would be delayed from operating. Bad condition of roads is another factor that hinders smooth operation of transport in the study area. Most traffic jams and hold-ups are as the result of bad roads in Warn Metropolis. From the multiple correlations the result shows that 56% of commuter preference/choice cannot be explained by the effect of road transport mode in Warn Metropolis. This means that 56% are motorcycles. Commuters prefer the use than 44%, which are both taxicabs and buses. The implication of the result shows that there is a significant relationship between commuter preference/choice and road transport mode in Warn Metropolis.

Warn Metropolis has been favoured by her position and location. The emergence of transport has helped to accelerate the growth rate and development. Since the emergence of motorcycle transportation there has been a significant change in the social and economic life of the inhabitants. This research has revealed that people prefer the use of motorcycle than taxicabs and buses as a result of its citywide access.

Public sector investment should be encouraged in road infrastructure construction and maintenance of road network to cater for all the different modes of transportation since they complement and compete with each other for road space. This would have the desired effect of increasing the efficiency of the transport system.

Atubi,A. 0. and Onolcsb, P. C. (2003). Road Transportation and the Socio-Economic Development of the Niger-Delta: A Case Study of Warn Metropolis Journal of Social and Management Sciences Review Vol. 1, (1): 102-113.

Ogunsanya, A. A. (2002). Issues and Problems in Nigerian Transport System in the Trainer. Journal of the Nigerian Institute of Transport Technology Vol.], (1): 4-l0pp.

US Department of Transportation (2004). Role of Highways in Development. 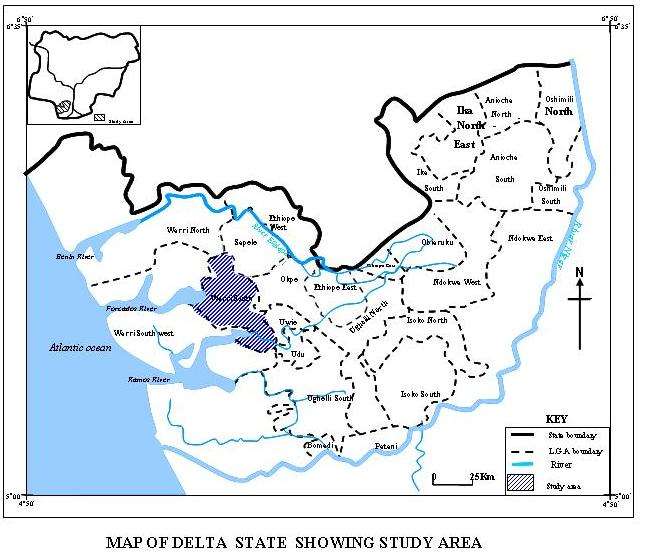