For the purpose of ecologically compatible land use planning multiple GIS functions has been carried out. The functions carried out are integration using the model builder tool in order to come to the final results.

Model builder is an application in ArcGIS which is used for creating a model for a particular function. These models can be reedited even at later stage of analysis which makes it suitable for modifications if required thus making the work faster and results more accurate. (ESRI, n.d.)

To create a model a toolbox needs to be created first. After creating a toolbox in a specific folder connection a model can be created within the toolbox. A model looks like a workflow diagram through which various geo-processing tools are connected. The output of a particular function can be used as the input for the next. By using this method the multiple analysis can be one at the same time. While using GIS during some analysis the files might get heavy and display of the output might take a long time and can even result in crashing of the system. But while using model builder we have an option for displaying only the required.

Model builder is generally used when we require a large number of parameter to come results or when multiple steps are required to come to a result. In real time application we use for analysis like land suitability, hydrology, etc. In addition to all these advantage it helps the user get a visual relationship between different parameters and makes it easier to explain to a third person on how the analysis is performed thus making this one the most advanced tools in the field of GIS.

Locating the villages and defining the ESZ boundary

Before using the model builder multiple layers need to be created and analysis need to be performed. The first task is the marking of boundary and locating the villages that comes under ESZ. In this study there are 88 villages. These location are marked by first locating the villages using the Google Earth with the latitude and longitude given by the MoEF. These are then saved as Keyhole Mark-up Language (KML). (KML) is an XML-based mark-up language designed to annotate and overlay visualizations on various two-dimensional, Web-based online maps or three-dimensional Earth browsers. (Rouse, n.d.)

Since all the village kml files are different and this has to be converted to shapefile as a single one. This is done by using the Expert GPS software which converts and combines as a single shapefile.

The boundary of ESZ created by using polygon feature. A new shapefile (polygon feature) is created by using ArcCatalog inside the folder connection. Type of shapefile is chosen and title is given to the shapefile. The next step includes the defining the coordinate system for the location. In case of this location the coordinated defined as Projected Coordinate System > UTM > WGS 1984 > Northern Hemisphere > WGS 1984 UTM Zone 43N.

A Digital Elevation Model is the representation of continuous elevation values over a topographic surface by a regular array of z-values, referenced to a common datum. (ESRI, n.d.) 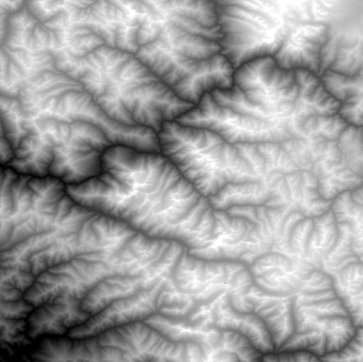 The DEM used for this study is of 90 meter resolution and is obtained from asterdem. In case of this study four DEMs were required in order to cover the complete area. Later this were combined and masked using ArcGIS masking tool with reference to the boundary created.

Masking is used for extracting the required part of raster file with the reference of a feature class. Masking tool is found in the ArcToolbox under Spatial Analyst Tools > Extraction > Extract by Mask. Once this process is done the output is 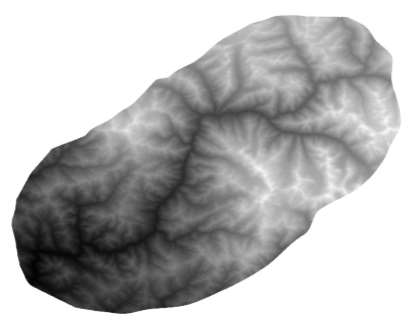 The slope or gradient of a line is a number that describes both the direction and the steepness of the line. 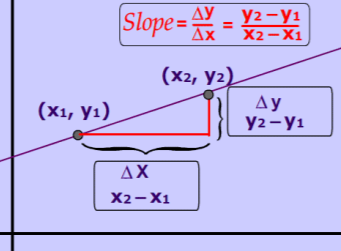 The tool fits a plane to the z-values of a 3 x 3 cell neighbourhood around the processing or center cell. The direction the plane faces is the aspect for the processing cell. The lower the slope value means flatter terrain and vice versa.

The cell location with a NoData z-value, the z-value of the center cell will be assigned to the location. (ESRI, n.d.)

Aspect map shows the direction and steepness of slope for a terrain. Aspect tool is under spatial analyst and is created using DEM. The areas that have steeper slopes are shown brighter. The aspect map is classified on the basis of direction of slope in degrees (0-360°).

Whichever locations are flat is assigned (-1).

Hillshade is a 3D grayscale model of a surface by taking sun’s relative position to account. It shows the areas that receives sun light and that comes under the shade at a particular time. For this function the azimuth and altitude of location is required.

The inputs for this function are the following:

The Hillshade tool comes under spatial analyst toolbox in ArcGIS.

Triangulated Irregular Network (TIN) model is a digital data structure used in GIS for representation of a surface. TIN model is generated using DEM. Advantage of TIN over DEM is that points of TIN are distribute variably by using an algorithm that decides which points are more accurate for terrain representation.

Contours are lines that connects the points of same values. The contour model is used for study of elevation, temperature, precipitation, pollution, etc. In this study contour map is used for the analysing the elevation details. This helps in finding the areas that have less steep slopes and can be developed. 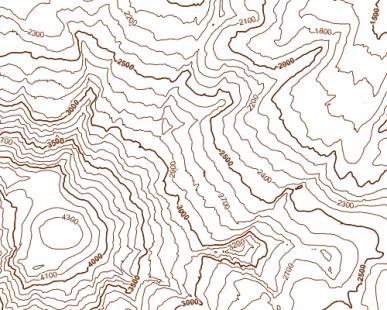 Contour map over the TIN elevation model will help is visualizing the terrains in a better manner.

This tool creates a raster that delineates all the drainage basins. The drainage basins are delineating ridge lines between basins. For creating the basins, the flow direction is used as the input. Even if the basin is in one cell, all the cells in a raster will belong to a basin. 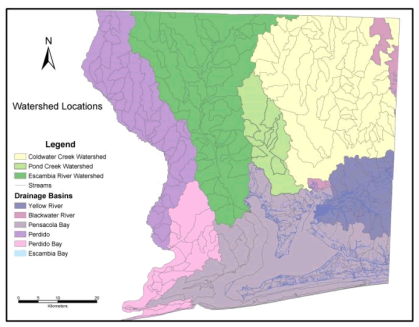 Road network are created using polyline feature. For this study since the area being large only the major road are mapped. Further buffers will be created in order to do the proximity analysis to find the locations that are suitable for development. 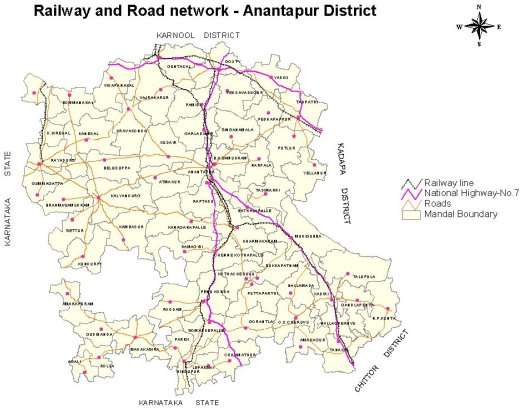 Landuse map is required to understand for what purpose different areas put into use. Land use map is a polygon feature. It is created using the cut polygon tool in ArcGIS. Since the area being large, in this study landuse map is prepared at a macro level. 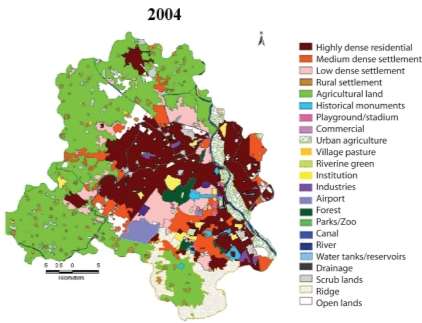