Effect Of Globalisation On Australia 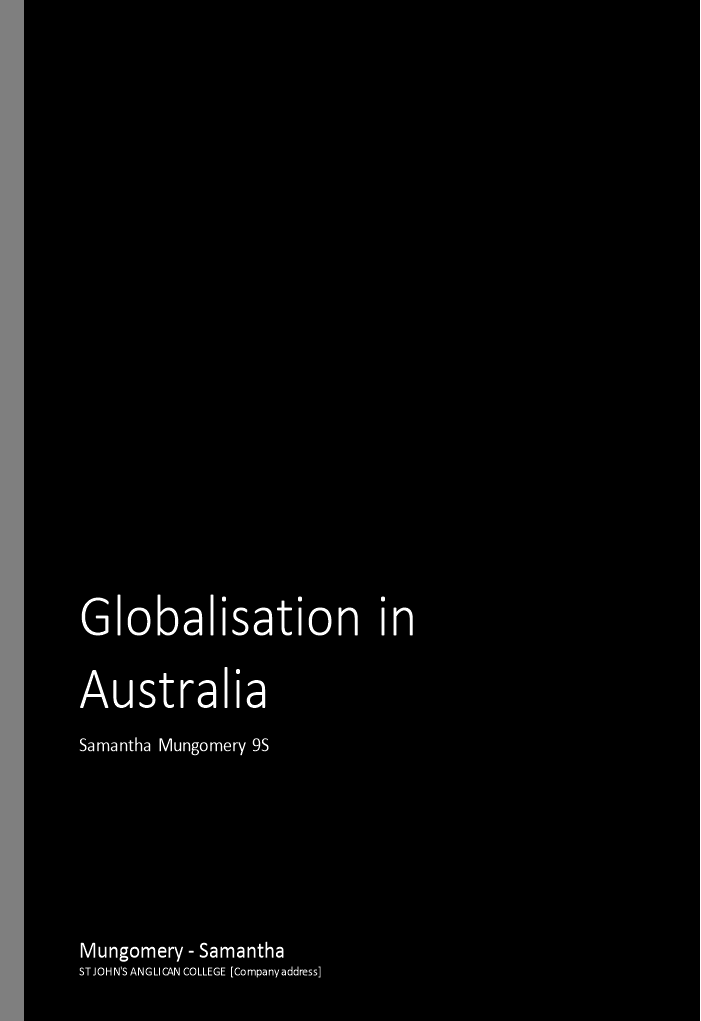 The issue being examined in the following is globalisation and whether it has a positive or negative affect on the country of Australia. This report seeks to determine overall positive or negative political, social, economic and environmental impacts of globalisation on Australia. Globalisation is the name given to the growing economic interdependence amongst nations. It is the movement of trade, investment, technology, finance and labour. It has increased as a result of developments in technology, transport and communications, free trade and the collapse of communism and the rise in global brands and companies. 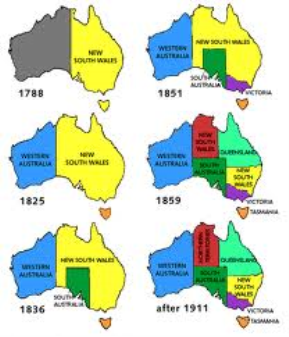 Politically, globalisation has had a considerable positive affect on Australia. The greatest effect it has had is for islands and nations that require aid after natural disasters. The Australian government aid program focuses on economic growth, law and justice as well as enhanced service delivery in countries that need it. They also assisted the Samoan government in improving education and teaching. The countries receiving aid are predominately in the Pacific Islands. Additionally, Australia has just signed a free trade agreement with China. China buys most of Australia’s agricultural produce and in 2013 they spent $9 billion. The agreement gives Australia an advantage over larger competitors as it says that within 4-11 years there will be no tariffs on many foods and products such as dairy and live animal products. It will affect education, telecommunications, health, tourism and financial services just to name a few. To conclude, the political impacts of globalisation on Australia has been extensive and not only to Australia but also to the countries that have received aid from the Australian government.

The social impacts of globalisation on Australia are considerably positive. Australia is positioned far away from the other continents of the world but globalisation has brought Australians closer to the rest of the world’s population. Multiculturalism is a major affect which means Australia still experiences foods, music and customs from all over the world. It has made us more knowledgeable of cultures and more diverse. However, a negative effect of this is that a dominance of other cultures can be seen in aspects of Australian life such as music and media. American influence on Australian society has increased since World War II. This negatively affects the people of Australia as it means the national identity is being overviewed by American representations. Additionally, globalisation has meant advanced mobility between countries. One in six people working in medicine are born overseas, bringing with them their own set of skills but also challenges. The language barrier can prove difficult for patients and in some circumstances, patients may refuse to be seen by foreign doctors. Furthermore, the social impacts of globalisation on Australia are substantially positive.

The economic impacts of globalisation on Australia are intermediate. The natural resource exports of Australia sell to a market of over 6.5 billion people. Primary resources, such as coal, uranium, iron, beef, wool and rice, make up 50% of exports. Figure 1 shows what the top exports were in 2009-10. It can be seen that primarily, exports are minerals and other natural resources and the value of Australia’s exports has risen 32% over previous years. Furthermore, it is currently the easiest to migrate somewhere than ever before and because of this the Australian economy has boosted. However, car manufacturing in Australia is receding quickly and GM Holden has stated that by 2017 their manufacturing operations in Australia will have stopped. Over 3 000 jobs will be lost due to the pull-out as well as meaning all vehicles needing to be imported. Ford has also pulled out of operations in Australia and the high dollar, production costs and a small market are to blame. Therefore, whilst economic positives can be seen, the negatives are also significant. 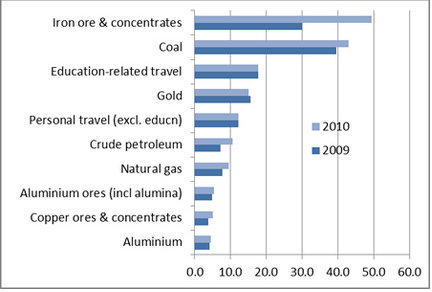 The environmental impacts of globalisation on Australia are substantially negative. The effect of pollution on the environment is increasingly negative. An increase in manufacturing and productions in factories also increases the gases exerted into the air. Australia’s greenhouse gases are some of the worst in the world and factories and production lines are major reason for this. However, primary industries also have a negative impact on the environment through mining and agriculture. The methods through which these practices pollute or damage the environment. Additionally, the use of waterways has increased from globalisation because of shipping products globally as well as migrating and touring. This extra commuting adds to the pollutants in the water – polluting oceans globally. Furthermore, the impact globalisation has on the Australian environment is largely negative.

In summary, the political, social, economic and environmental effects of globalisation on Australia are primarily positive. Politically, the impacts were justifiably positive and similarly with the social impacts. Additionally, the positive and negative impacts on the economy can be seen to be neutral. However, the environmental impacts of globalisation are vastly negative. To conclude, globalisation has impacted all aspects of Australian life, substantially for the positive.

Unknown, A. (2014). Globalisation in the Asia-Pacific Context – Parliament of Australia. [online] Aph.gov.au. Available at: http://www.aph.gov.au/About_Parliament/Parliamentary_Departments/Parliamentary_Library/pubs/rp/rp0102/02RP07#and[Accessed 27 Nov. 2014].