This section of my project shows a series of studies and research done by other people which have a close relation to the experiment that I’ve worked on.

Microclimate is the climate of a very small or restricted area, especially when this differs from the climate of the surrounding area. (Grade 12 geography focus book.) This reference helps me determine whether my hypothesis is true or not, comparing the quads at Michaelhouse.

Historical background to the Saudi Arabian heritage, author Talib, Kaizer analyses different types of living environment with close precautions to microclimate in those particular zones, and the concomitant effect on vernacular buildings.(author Kaizer Talib) Quads such as Main quad have buildings which surround it, Talib Kaizer’s reference participates well in my study.

Different types of species were grown in the same aerial environment, temperatures ranging from 5â° to 35â°C these were to determine whether species of different grass have an effect on temperature. Weight of foliage’s were taken to ratio, the usage of maximum yield of foliage’s were taken to find the optimum soil temperatures of the species that was tested. According to the ratio scale it was found that ratio was lowest at optimum soil temperature and was higher at soil temperatures above and below the optimum with slight exceptions. Ratios showed that partitioning of photosynthate is controlled by the rates of photosynthesis and root absorption. (According to R.L. Davidson, oxford university press.) The reference above also helps prove that the quads in my experiment will have an effect on the surface temperature of quads that contain more grass than others with less grass. 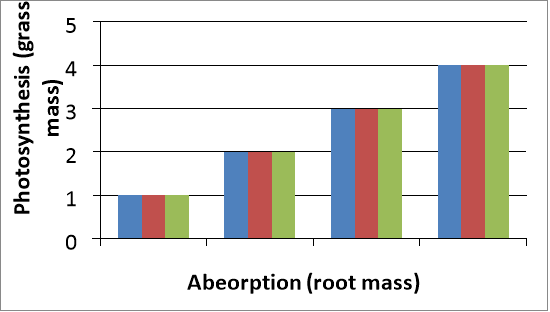 In Tokyo an investigation was set to see whether land-use and anthropogenic heat (heat produced by humans.) on surface temperature. Sub-grid parametrization scheme which calculates the total surface heat composed on different surfaces, over 36 days in Tokyo the investigation was run in summer and majority of the days the investigation went on for it was particularly typical summer weather (clear skies, negligible gradient winds etc..). Anthropogenic heat was much larger at night, and was found that green vegetation areas including grass were more dominant during the day than at night (resource article by F. Kimura.) At a boarding school such as Michaelhouse with 550 boys excluding staff will also have a great effect on the surface temperature while my study was being taken.

The urban heat island effect has been documented in many cities, one of the causes of urban heat island effect is of green spaces such as trees, grass etc… being removed and replaced with city buildings. This causes elevation in temperature, increasing the population of trees in cities can lower the urban heat island effect. The case studied heat produced by green spaces and heat produced by manufactured city buildings was measured using a thermal satellite imagery, 143 sites were chosen and if every unit conducted in this predicament case study had to increase the green spaces slightly the surface temperatures would decrease by an amount of 1.2â°C. (A Terre haute case study, by P.J. Hardin and R.R Jenson). Michaelhouse is a very conservative school when it comes to trees, the amount of trees could disagree to my hypothesis and the effects of the surface temperature.

Urbanisation process is one that influences the thermal balance of a certain area, cities are commonly several degrees hotter than a surrounding rural settlement. Urbanisation forces heat to increase in the CBD and urban areas surrounding the CBD, heat causes increase of electricity bills, and also making it very uncomfortable. Heat waves increase risks of sickness spreading around easier. In Manchester, United Kingdom this case study on how the effect of tree shade and grass on surface and globe temperatures in an urban area, months June and July 2009 and 2010. Small plots were specifically chosen for the study, areas which obtained both concrete and grass with/without the presence of tree shade surface temperatures composed. Global temperatures above each surface was tested, surface and shade affected the temperature greatly. Between the tree shade and the grass, grass de-elevated the temperature by up to 24â°C, while tree shade only affected the temperature by decreasing up to 19â°C. With no involvement to my hypothesis tree shade decreased the global temperature by 5â°-7â°C, this case study showed that trees have an influence to global temperature cooling and both tree shade and grass have a natural cooling system towards surface temperature. (Article by author D. Armson). Michaelhouse is located in a rural area which therefore makes temperature in the site lower the populated areas such as towns.

Anthropogenic influences on climate are emissions of greenhouse gases and urbanisation. Differentiating the two on which has more of an affect to surface temperature is a difficult process since being that both parties increase the daily mean surface temperature. Urbanisation was compared to agricultural areas nearby, the results differed significantly, and reasons of the big differences between the two may have been the effect of population difference. (Eugenia Kalnay and Ming Cai.) This quote by Eugenia Kalnay and Ming Cai states the same as the above reference by author D. Armson

Surface temperature has been reconstructed to hemispheric and global scale using proxy data for decadal to centennial climate changes in last two thousand years. Not many years ago more modern and accurate complementary methods and data were thoroughly tested and validated from experimenting with model simulations. “Knowledge about climate in past centuries can improve peoples’ understanding of natural climate variability, and address the question whether modern day climate changes are unprecedented in years to come.” (Summarised quote by Michael E. Mann).

Theoretical models of surface temperatures oscillations are derived, diurnal and annual are donated amplitude and phase of lag, in terms of external conditions physical properties of soil and atmosphere. Physico-mathematical basis is the explanation of various microclimate characteristics. (Heinz Lettau)

Wind speed: – The fundamental atmospheric rate. It is commonly measured in knots by an instrument called the anemometer.(Oxford dictionary) In my study of the wind speed at Michaelhouse was used in rotations of the anemometer that I had created.

Throughout the five days of gathering data the wind speed was different on every day. “The main factors that affect the wind direction and speed are the pressure gradient force, Coriolis force and friction. These particular factors cause winds to blow at different directions and different speeds; when they are working together.”(By Annalou Mack, Sciences 360, atmosphere and weather.)

Armson, D. (2012). The effect of tree shade and grass on surface and globe temperature in an urban area. Urban forestry and Urban greening, Abstract.

Kimura, F. (1989, June 6). The effects of land use and anthropogenic heating on the surface temperature in the tokyo metropolitan. Atmospheric environment. Part B, urban atmosphere, Abstract.

Lei, M. (2009). A review on the forcasting of the wind speed and generated power. Renewable and sustainable energy reviews, Absract.